Turn your old computers into Chromebooks 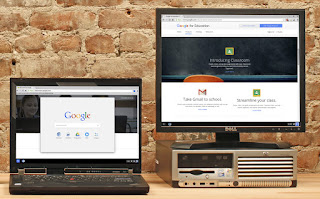 After more than two decades in education, one thing I know for sure is that schools hold on to old things. With tight budgets we have to be careful to make things last, sometimes well beyond their normal lifespan. This is especially true for computers which should have a healthy life span of five years, but many schools keep them going twice as long.

When the computers are older than the students, problems can arise:
So what is a school supposed to do with that 9 year old Dell desktop or that 7 year old Lenovo laptop? Typically we do one of the following:
Well now there is another option! Neverware has released a product called CloudReady that can turn old laptops and desktops into Chromebooks and Chromeboxes. There is a free option and a paid option depending on what you need.

The "no cost option" is available to everyone. This is perfect for an individual trying to breathe life back into an old computer, or for a school that wants to turn their old equipment into Chromebooks but does not need the Chrome management features. To use the free version you simply:
Paid Option

The paid option is for schools or organizations that don’t just want to convert old computers to Chromebooks, but also need to be able to manage them like normal Chromebooks in the Google Apps Admin Console. With the paid version you get the ability to enroll your old computers in your Admin Console, as well as technical support from Neverware. (Note: you still need to purchase the Google Admin console licenses separately to manage the devices once they are enrolled.)

The cost for the paid version is $15 per device per year. See full details on pricing here: http://www.neverware.com/pricing/

I wanted to test this out to see how well the product really works. So using the free option, I downloaded CloudReady and tested it on three old laptops we had laying around the office. Neverware suggests that CloudReady works best on computers made on or after May 2007. I found that to be accurate.

One of the laptops I tested was older than that and would not run CloudReady at all. However the other two turned out to be a great success. They were:
Both the laptop and the netbook worked very well with CloudReady. I work on a Chromebook quite a lot, and the old devices felt just like a Chromebook. However, there were a few differences to note:
All in all, I was very pleased. For no cost at all, these old computers were suddenly useful again. I would certainly have no problem using one of them to check email, surf the web, work on a Google Doc, or such.

If you want to see more details on my experience with CloudReady, check out the video from our October 2015 Google User Meeting. You can jump up to the 24 minute mark to see our discussion about CloudReady. The video can be seen here: YouTube link

Screenshot of CloudReady running on the eeePC netbook: 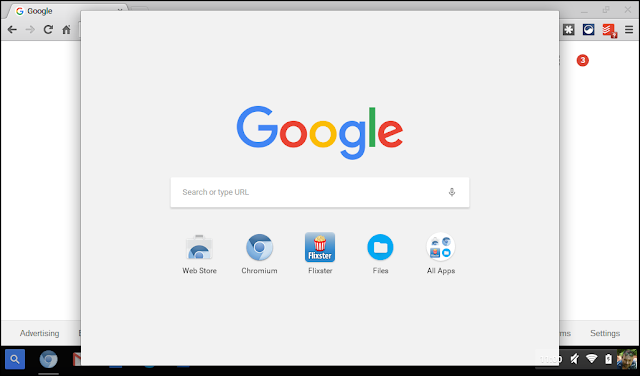 So how exactly do you turn an old computer into a Chromebook with CloudReady? The detailed directions can be found on Neverware’s site at: http://go.neverware.com/freeinstructions

You will want to follow instructions from Neverware linked above, but below I will give the general overview of how the process works…
Conclusion

It is safe to say that Chromebooks have had a major impact on schools as they now account for over 50% of all classroom devices. With CloudReady, schools now have an option to bring the same power and simplicity of Chromebooks to their outdated laptops and desktops.

Schools can install the free version with no restrictions, or they can pay for the option to enroll and manage their old devices in their Google Apps Admin Console. With CloudReady schools can keep old equipment alive a while longer, stretch their budget dollars, and extend the Google Apps learning experience to more students.

If you have tried out CloudReady, I would love to hear your experiences. Please feel free to share in the comments below.


Post by Eric Curts. Bring me to your school, organization, or conference with over 50 PD sessions to choose from. Connect with me on Twitter at twitter.com/ericcurts and on Google+ at plus.google.com/+EricCurts1
Posted by Eric at 4:35 PM

Email ThisBlogThis!Share to TwitterShare to FacebookShare to Pinterest
Labels: Chromebooks